Warner Bros. World Abu Dhabi, which is located on Yas Island and set to open in 2018, will be a one-of-a-kind, world-class destination home to state-of-the-art thrill rides, interactive family friendly attractions, and unique live entertainment. From the action and adventure of DC to the wacky and wonderful world of Looney Tunes, this immersive and interactive new indoor experience brings some of the world’s most popular stories and characters under one roof.

“Miral is proud to confirm that one year after announcing its plans to bring Warner Bros. World Abu Dhabi to Yas island, we’re making great progress with our partners where we’re 60 percent complete and on track to launch in 2018.” said Mohamed Abdullah Al Zaabi, CEO of Miral. “We’re excited to reveal new details about the six unique immersive worlds at Warner Bros World Abu Dhabi, which is a key part of our ambition to make Yas Island a top-ten global destination for family fun.”

Guests will be swept away in Hollywood-style when they enter Warner Bros. Plaza, a celebration of all that is the Golden Age of Hollywood.Upon entering the park through the Warner Bros. Shield archway, guests will be transported to Hollywood where Art Deco architecture lines the streets and authentic, Tinseltown details evoke the rich history of Warner Bros. 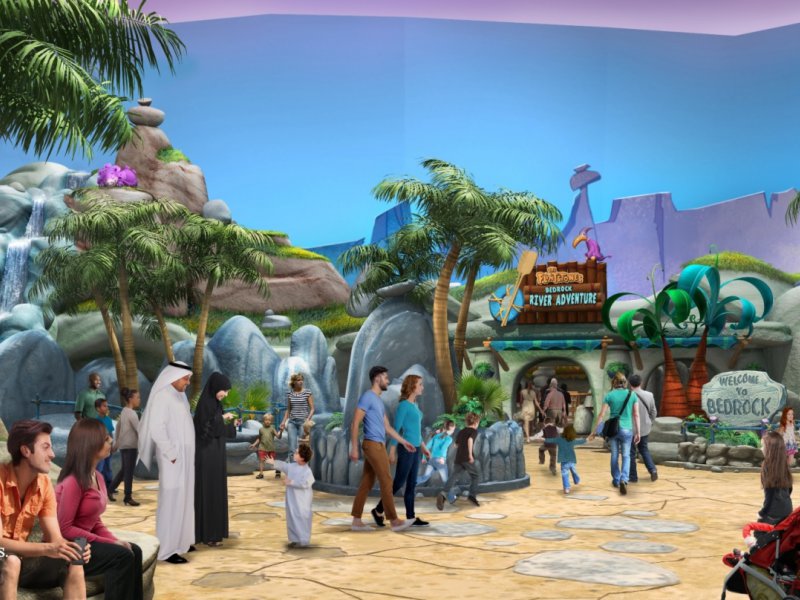 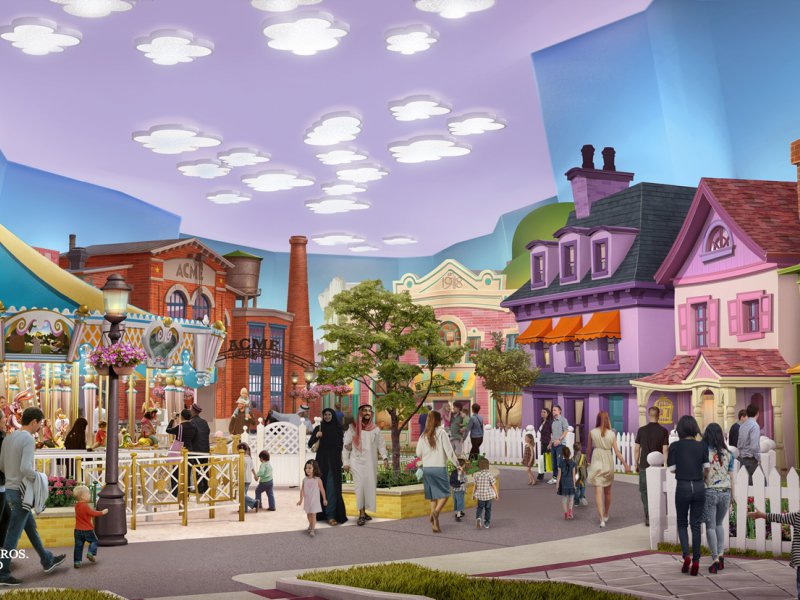 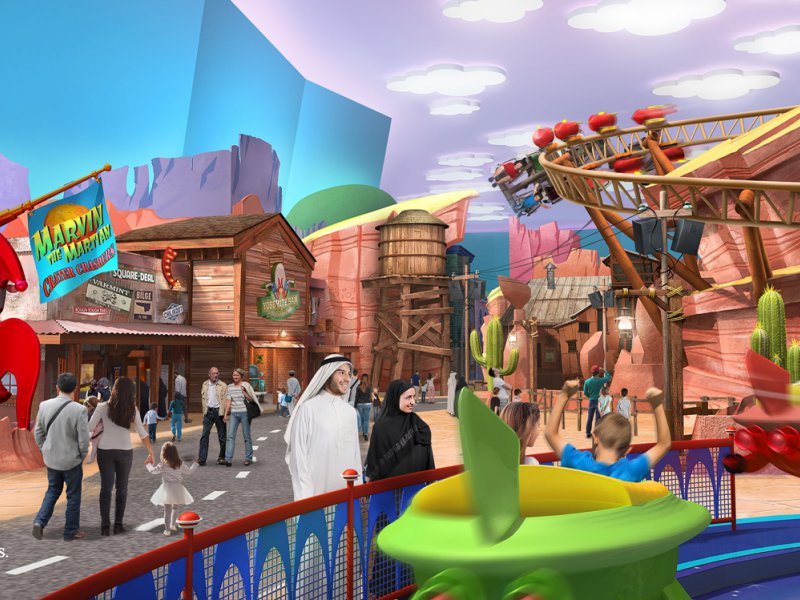 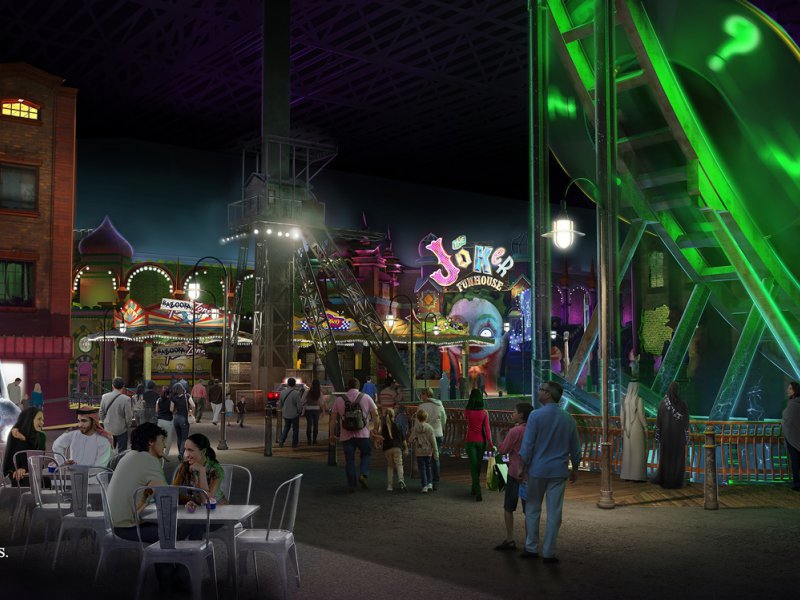 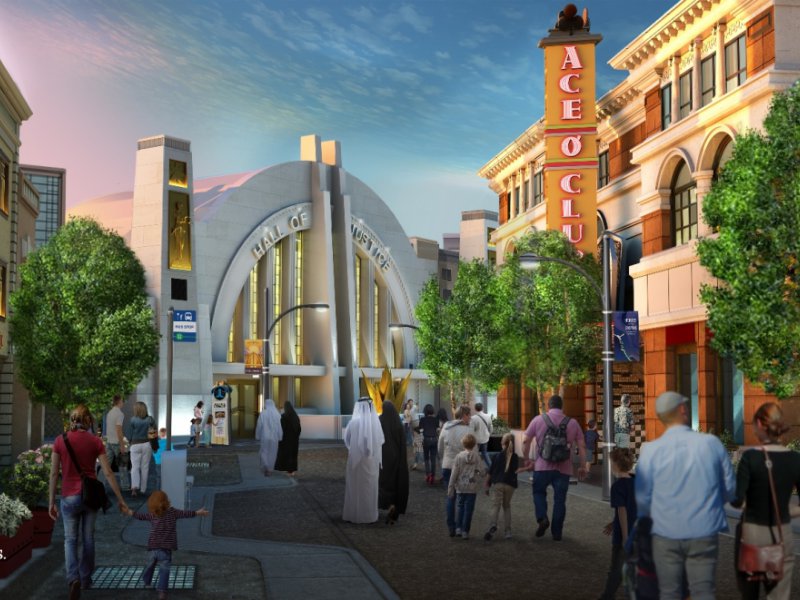 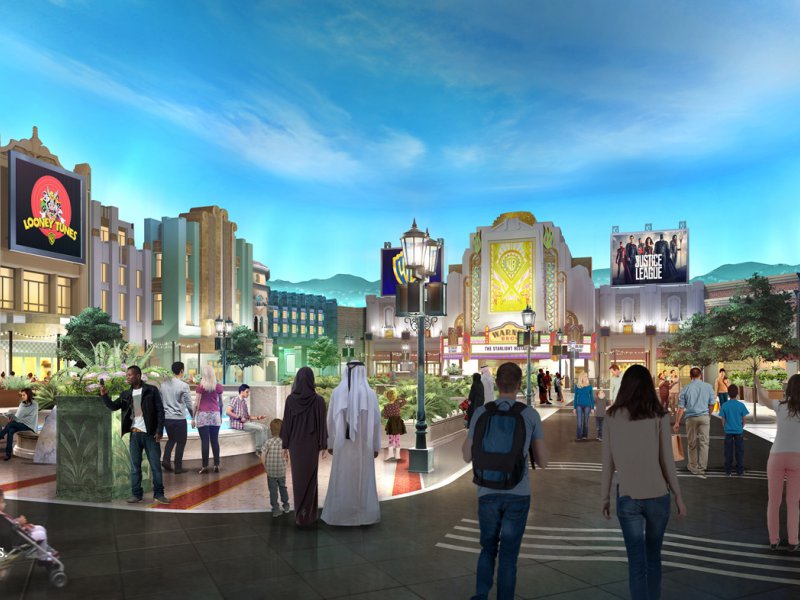 For the first time in the Middle East, Super Hero fans will be able to stroll the streets of Superman’s Metropolis, a modern-styled city of towering skyscrapers, and prowl the dark alleys of Batman’s Gotham City in this larger-than-life land where heroic exploits and action-packed family fun wait around every corner.

The vibrant Cartoon Junction will bring together Bugs Bunny, Scooby-Doo, and other famous characters under a stylized cartoon sky that will immerse guests in the wonderful world of animation. From the fun and frenetic to the out of this world, Dynamite Gulch will take you to the stars and deep into the canyon. Lastly, guests can explore Bedrock, a prehistoric world powered by birds and dinosaurs, where the modern stone-age family can have a “yabba dabba doo” time like The Flintstones.

“Warner Bros. World Abu Dhabi will be a state-of-the-art themed experience that authentically brings some of the Studio’s most iconic characters and stories to life under one roof for the first time in the Middle East,” said Pam Lifford, President, Warner Bros. Consumer Products. “We have been closely collaborating with our partners at Miral to faithfully construct immersive worlds that resonate with precise details and are thrilled to share these unique experiences with fans next year.”

Situated on Yas Island, one of the world’s leading business, leisure and entertainment destinations, construction of the park is well underway, surpassing production expectations. The project has engaged 5,500 specialist engineers, workers and craftsmen to build a park that will span 1.65 million square feet. Warner Bros. World Abu Dhabi will be a fully immersive experience of six worlds comprised of 29 rides, shows, and attractions.