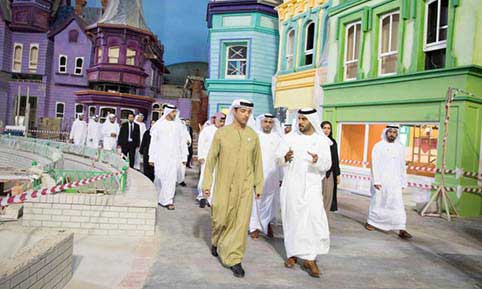 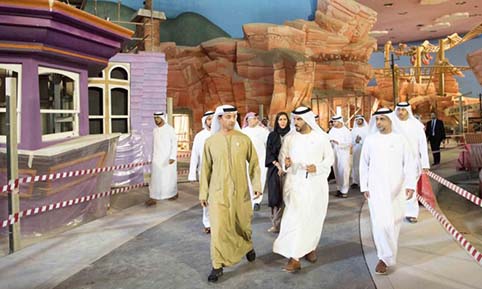 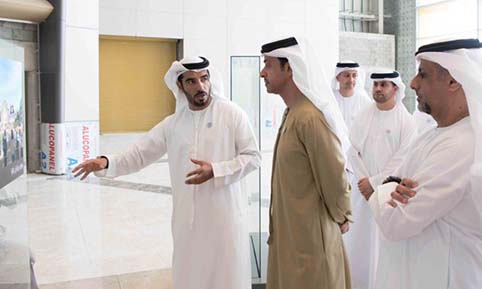 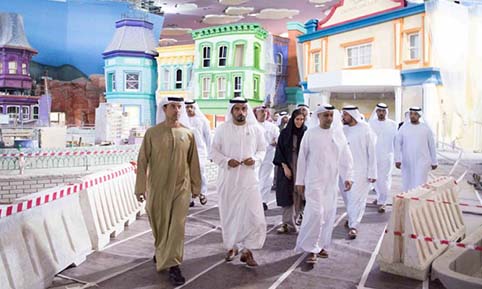 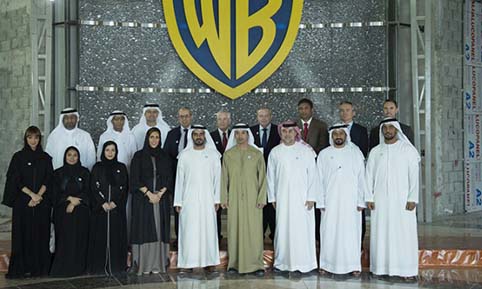 As H.H. Hazza bin Zayed toured Warner. Bros. World Abu Dhabi, the details and descriptions of the development were presented in which the guests can experience six immersive lands such as: Metropolis and Gotham City, inspired by DC Super Heroes and Super-Villains; Cartoon Junction, Bedrock, and Dynamite Gulch, themed after iconic animated brands such as Looney Tunes and Hanna-Barbera; and Warner Bros. Plaza, reminiscent of old Hollywood, where these seminal characters and stories were originally brought to life.

As the development’s superstructure and structural steel works were finished entirely, and ride installation was approaching completion, updates on the Warner. Bros. World Abu Dhabi construction was also provided to H.H. Hazza bin Zayed during the tour.

“We are approaching another major milestone for Yas Island, as the development of Warner Bros. World Abu Dhabi nears completion,” said His Excellency Mohamed Khalifa Al Mubarak, Chairman of Miral. “Building on Yas Island’s strong position in the market and maintaining its positive momentum, the park’s opening will further enrich our tourism offering driving visitors from across the world and establishing Abu Dhabi as a leisure and cultural destination of distinction,” he added.

The park’s water tower, inspired by the iconic Warner Bros. water tower in Burbank, California – one of the most recognizable structures in entertainment history since 1927 – has also been completed. The park’s tower stands as one of the tallest structures on Yas Island, weighing more than 300 tons and reaching 61 meters in height.

More than 6,800 specialist engineers, construction workers and craftsmen have been hired to bring the park to life. Warner Bros. World Abu Dhabi is being developed in partnership with Warner Bros. Consumer Products and DC Entertainment, to offer a wide range of well-known characters.

Warner Bros. World Abu Dhabi is set to meet global, regional and local demand for a top entertainment destination that offers a portfolio of experiences for all ages and tastes, thanks to Abu Dhabi’s world-class travel and tourism infrastructure that supports Yas Island’s expansion of its wide offerings.